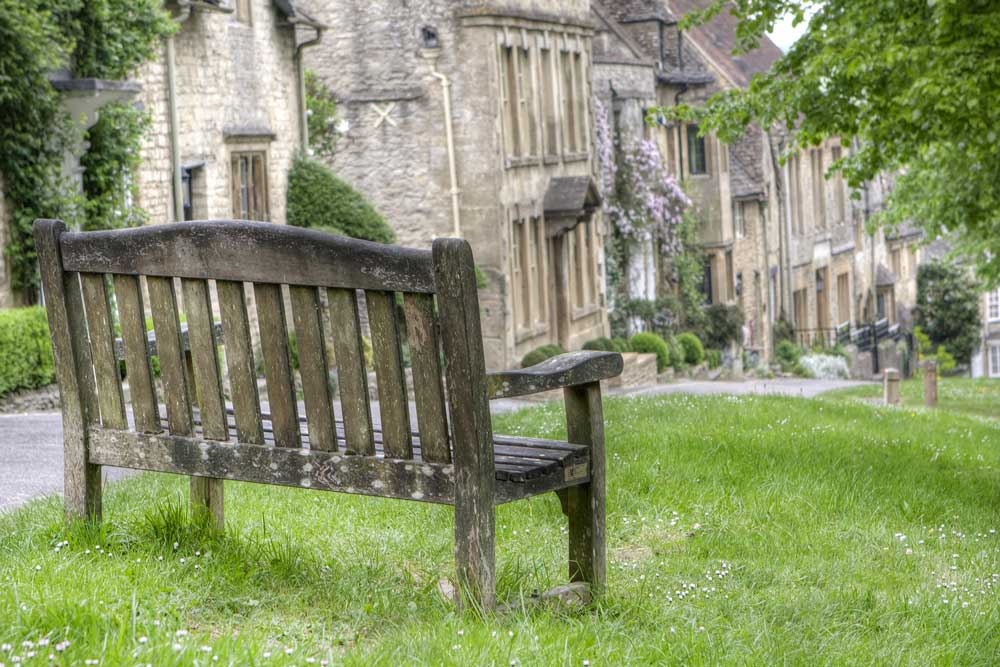 Burford is situated in north Oxfordshire, twenty miles north of Oxford, and is considered the southern gateway to the Cotswolds. A beautiful old Cotswold town, its High Street sloping from the high Wolds, where you have beautiful views over the open countryside, down to the willow fringed River Windrush in the pretty Windrush valley. A fine three arched medieval bridge crosses the river at the foot of the hill.

To stand at the top of Burford High Street and look down at all the splendid houses and pretty cottages is like looking at a town from a storybook. Some of these old golden stone houses have seen the events of centuries, for some date back to the 15th and 16th centuries and remain unaltered in appearance; the Bear Inn and Crown Inn, the Old Bull Hotel and Bay Tree Hotel are all of this period.

The Bull however, like several other properties in Burford was given a new facade in Georgian times. Another example of this practice is The Great House in Witney Street. The fine four gabled house by the river is from the 16th century, built by Simon Wysdom. He left it to the Grammar School. Nearby are the old Almshouses, which were rebuilt in 1823. The Priory was a famous Elizabethan house, rebuilt in the early 1800’s, which retains its Tudor gables and heraldic arms above the doorway. The Priory was owned by William Lenthall, Speaker to the Long Parliament and famous for defying Charles I.

Like other fine towns in the Cotswolds, Burford’s wealth came from wool during the 14th-17th centuries. The wool merchants held their meetings in the ‘Tolsay’, situated in the middle of the High Street. Today this quaint old building houses an interesting little museum.

The Parish Church St. John the Baptist is one of the largest in Oxfordshire. The Church still has its original west doorway and Norman tower, now capped with a slender steeple of the 15th century; most of the present day building dates from that period. The Church has a fine fan-vaulted ceiling and five medieval screens dividing various chapels. There is an ornate tomb in the North Chapel to Sir Lawrence Tanfield, Lord Chief Justice and the religiously divided Tanfield family.

There is a footpath from the bridge leading westward, which takes you on a pleasant quiet walk along the banks of the River Windrush, where you can appreciate the beauty of rural Oxfordshire.

Why not visit Burford  and other pretty Cotswold villages on one of our driver-guide or cycling Tours of the Cotswolds?